For poinsettias, the time of natural floral initiation is centered on the period between September 18th and 27th. As long as the day length is not altered artificially, cultivars will flower in 7 to 10 weeks after initiation, depending on the response group of the particular cultivar. Floral initiation is triggered by a critical photoperiod of 12 to 12.5 hours, combined with night temperatures below 70°F. The actual date when this occurs can be affected by environmental conditions. Cloudy days and cool nights will result in earlier floral initiation while bright warm days can result in delayed floral initiation.

At the time of floral initiation, night temperatures should be reduced to between 68 and 70°F. Night temperatures above 73°F can delay flowering. After floral initiation, flower development is a continuous process culminating with anthesis, that is, the shedding of the first visible pollen from the flowers (cyathia). The progressive stages of flower development can be identified by several visible indicators. The stage when first flower bud (cyathium) is visible to the eye is termed simply visible bud. First colour refers to the stage when the green bracts show the first colour change as they transition toward their final colour. Generally speaking, with night temperatures at 70°F, floral initiation occurs at 14 to 18 days after the start of short days (SD), first colour at 30 to 32 days after SD, visible bud at 35 to 39 days after SD, and anthesis at 54 to 59 days after SD.

The average daily temperature after the appearance of bract colour is critical to bract development. Daily temperatures of 68 to 70°F are needed during this period to maximize bract size. If possible, try to avoid temperatures above 75°F, which can result in very large but soft bracts that are more susceptible to post-harvest problems.

As days become shorter and light quality diminishes, it is very easy to overwater plants at a time when their transpiration rate is reduced. Stay on top of weather forecasts and make an attempt to water according to the weather. In particular, try to avoid heavy watering just prior to extended dull, cold periods. 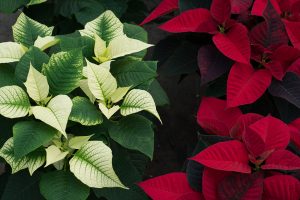 Shortly after flower initiation, a poinsettia’s demand for fertilizer is reduced as the plant transitions from vegetative growth to flower and bract development. Monitor salt levels closely and avoid allowing them to climb too high prior to this transition. After the pinch, 30% of the total nitrogen should be in the ammonium form to facilitate optimal leaf expansion. By the end of September, the plants should have reached their desired growth and leaf expansion; at this point, ammonium-N should be reduced to 15% of the total nitrogen, a level that supports mid- to late-season growth while avoiding post-harvest quality issues.

Even though the rapid growth phase after pinch is complete, there is still a potential for stretching during weeks 40 to 44. To keep the plants within the desired range for final height, try to establish a method of monitoring growth prior to this period of optimal bract expansion. Avoiding applications of plant growth regulators (PGR) during this final stage of bract development is often recommended, so as not to reduce bract size. However, if tall plants warrant an application of PGRs during this period, use of modified methods or application of specific PGRs should be considered.

Understanding latent infections is essential to addressing common diseases of poinsettia such as botrytis and powdery mildew. A latent infection is one that is hidden, inactive or dormant until the right conditions exist. Latent fungal infections of plants occur with no visible symptoms until the spores germinate under the right conditions. In the case of botrytis, the fungal spores (conidia) serve as the initial inoculum. After landing on the surfaces of the plant, the conidia can remain dormant for at least three weeks before germinating. In the fall, these fungal diseases can move into the crop unnoticed, a situation that warrants manipulation of heating and ventilation to dry the greenhouse atmosphere at the end of the day.

As a grower, I am often reminded of the old adage: “Pay a little now in heat and ventilation, or pay a lot later in fungicides and plant loss.” 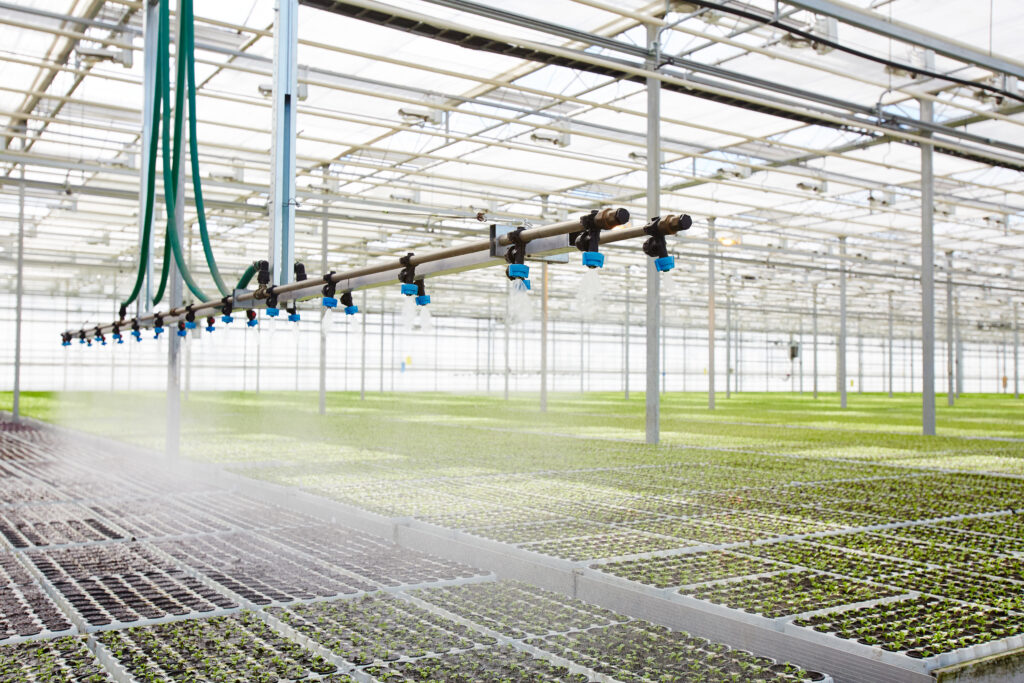